There are geologists who believe our planet would be better named Ocean rather than Earth. 71% is water, a fact that astronauts have visually appreciated. Life of all kinds no matter what we call our home, is critically dependent on the health of our oceans, lakes, and rivers. Oceans provide 50 to 80% of our oxygen via the plankton that dwell there according to NOAA (National Oceanic and Atmospheric Administration)**  Rain can also be traced back to evaporated water from Earth. The inhabitants of many countries would not survive without fish.

Usually, we cannot see the damage to oceans, lakes, and rivers caused by climate change. The trash on beaches is disgusting, but can be picked up before it contaminates the ocean . However, those who follow the News have been alerted about the Red Tide of algae killing 15 tons of dead fish that recently washed up on Tampa Bay with more to come. This time the ocean has fought back. I can’t imagine the stench. This tragedy echoes 2018 when 20 tons of dead sea life washed ashore. Ancient sea turtles, manatees, dolphins, and more lost their lives. Humans living nearby suffer from respiratory illness. Businesses depending on tourism are suffering economically.

The main culprit is fertilizer that has washed into waterways and ultimately the ocean. In addition, the rises in temperature in air and water contribute to the growth of the red algae. The only potentially positive aspect of these disasters is their high visibility. Plankton are also dying off at a rate alarming to marine scientists, but most of us don’t notice. Plankton not only provide oxygen, they absorb carbon, and are at the bottom of the ocean’s food chain.

With heat waves on the west coast and severe flooding in Europe, I am heartened that more politicians are no longer ignoring the dangers of global warming, but I won’t celebrate until aggressive plans are in place to save our planet. Protestors point out that there is no planet B. I am also heartened that scientists and activists are working hard on solutions so much so that all that is needed now is the public will to get our government to act.

**I saw the head of NOAA appear on PBS’s Climate One hosted by Greg Dalton. She described appearing before a Congressional committee in charge of funding. When she mentioned the critical role of NOAA in tracking the weather, one committee member replied that if he wants to know about the weather, he just turns on TV. I didn’t know whether to laugh or cry. I wonder how she was able to contain her poise in explaining to the unidentified gentleman where TV gets their weather information.

As an author of speculative fiction whose current books are set in the deep ocean, my research has led me to understand the dire threats to the health of our ocean life by warming and pollution. Now there is a third threat, namely sound, which travels better in water than air and is being fired by air guns into our oceans.

Increasing trade ship traffic, sonar and seismic air gun blasts for offshore oil and gas exploration—now that the offshore drilling ban has been lifted— threaten the vitality of our oceans, which produce 70% of our oxygen via its plankton. Even scientific efforts to map ocean floors are adding to the din. There is another option for this, namely satellite imagery for mapping the shape of the ocean floor. I don’t know if this is adequate for predicting good drilling sites.

According to an NYTimes article  “Slow-moving, hulking ships crisscross miles of ocean in a lawn mower pattern, wielding an array of 12 to 48 air guns blasting pressurized air repeatedly into the depths of the ocean. The acoustic patterns form a three-dimensional map of where oil and gas most likely lie.”

“They fire approximately every 10 seconds around the clock for months at a time,” said Douglas Nowacek, a professor of marine conservation technology at Duke University. “They have been detected 4,000 kilometers away. These are huge, huge impacts.”

We humans stay away from buying homes under flight patterns, near stadiums or other sources of noise, and wear ear plugs at some concerts to avoid ear damage. Fortunately, the noise we experience is not life threatening, although we can’t survive without the life in the sea. 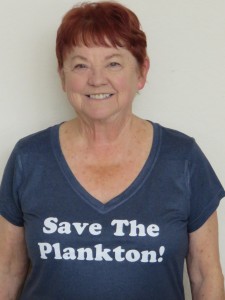 In order to save every other living thing.

A 2017 study, found that a loud blast, softer than the sound of a seismic air gun, killed nearly two-thirds of the zooplankton in three-quarters of a mile on either side. These tiny organisms provide food  for everything from great whales to shrimp. Krill, vital to whales and other animals, were especially hard hit.

“Researchers saw a complete absence of life around the air gun,” said Michael Jasny, director of marine mammal protection for the Natural Resources Defense Council, one of several environmental groups suing the federal government in an effort to stop the seismic surveys. I just sent them a donation.

In order to end on a  positive note, I am impressed by the large number of organizations out there fighting for the planet and human race, suing and winning through the courts, our bastion of hope. And Arkansas schoolchildren raised $400 to save starfish from warming oceans near Alaska.

Here’s the cover of my first novel in the Oceans Trilogy. Click on the cover for more information. 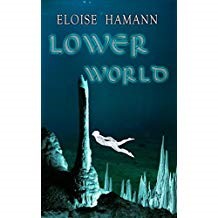 A society of human-like beings under the sea floor