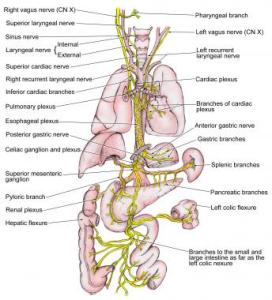 After disheartening weeks of climate chaos I sought news to  combat depression. I found it in an unusual source: our guts. Gut bacteria and human health is a relatively new area of research. it began with incurable GI problems being treated by implanting fecal material from healthy folks  Then studies began to look at the role our bacteria played in other diseases. Brain Maker, by Dr. Perlmutter, catalogs problems of a number of people who received heavy doses of antibacterial medicine as youth. They later developed a variety of diseases, but rapidly improved with introduction of probiotics. Yogurt aficionados proclaimed “We told you so.” I’ve fallen in love with Kombucha, good for gut beasties and tastes like ginger beer with a bite.

Science is now looking at the connection with mental health. Anecdotal evidence supports the value of probiotics for depressed persons.

From Psychology Today: “There is growing evidence that the trillions of microbes inhabiting our gastrointestinal tracts (commonly referred to as microbiome or gut microbiota) play a mysterious yet significant role in many aspects of our mental health—ranging from psychological resilience to neuropsychiatric disorders.”

OK, Eloise, if none of this is  truly new, get to the point. Let’s suppose our microbes battle depression. . How do those little guys down there message our minds up here? What’s new to my understanding is the microbiome-gut-brain axis, a bidirectional feedback loop facilitated in part by the vagus nerve. This longest nerve in our body is like Hwy 66 with exit and entrance ramps being the nerve fibers which carry messages up and down. I still wonder how those little guys down there create messages or prod the gut to do so.

In a previous blog, Buzz Your Pain Away I wrote about zapping with electricity to control pain. Continuing with the super highway analogy, medical science long knew that pain impulses jump on entrance ramps to alert our brains  to get our hands off the hot stove, but more recently they discovered  the brain sends electrical anti-inflammatory signals out exit ramps to pain sites. Ambulances? As a result, medical science is engaged in research  on Implanting devices to generate such signals via a zap of electricity. .

We are genuinely wired, but I refuse to view myself as a robot.

This site uses Akismet to reduce spam. Learn how your comment data is processed.